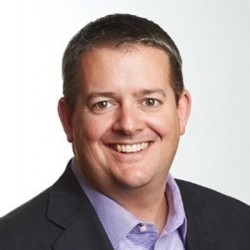 With 2019 fast approaching, one big question in the M&A landscape is if the megadeals that have defined 2018 deals activity are approaching a tipping point or if the pursuit of large transactions will continue into next year. With the US economy still humming, corporate and private buyers have made substantial investments to increase scale; most of this year’s megadeals involve businesses within the same industry.

In addition to a few clouds on the economic horizon, the November US elections loom large, with the potential for change in the political balance of power in federal government. Turnover among state governors and legislatures also could be a prelude to rule changes that affect businesses and their investment decisions.

However, policy and regulatory changes haven’t yet had a significant effect on deals for the most part. We’ve seen the late 2017 federal tax overhaul spur some modifications of business structures, such as asset management firms converting from partnerships to corporations. But overall, the potential impact on M&A and other transactions has remained muted, with other factors having more influence on deals.

Three things to watch in Q4 and beyond

While deal activity has been mostly consistent this year, a few situations could help shape intentions in the coming months:

The enduring economic expansion and abundance of capital remain big stories, and valuations have shown little sign of ebbing. But dealmakers will need to monitor potential shifts, opportunities and risks in the coming months – including a possible recession after one of the longest periods of sustained growth in US history.

Big swings in the economy always can influence corporate growth strategies, including deals, although companies and PE firms are generally in stronger positions than in recent years. Today’s valuations have translated to higher multiples for targets that buyers could have bought one or two years ago for a fraction of the price. But until an economic correction comes, those who want to put capital to work have settled in and accepted higher prices.

The key in this environment is picking and choosing the right spot to invest. Companies could consider:

Different companies will make different choices. But the simple fact is the current climate remains ripe for investments that could both provide near-term gains while setting businesses up to navigate a less certain future.

© 2017 - Tue Nov 24 18:34:28 UTC 2020 PwC. All rights reserved. PwC refers to the US member firm or one of its subsidiaries or affiliates, and may sometimes refer to the PwC network. Each member firm is a separate legal entity. Please see www.pwc.com/structure for further details.