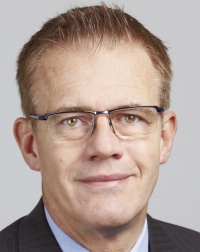 Roger has been in consulting for over 25 years. He has worked with a broad range of large and emerging technology and serves clients in the US and internationally; working as senior advisor and coach to executive teams and boards.

Roger served as director of the Board of Plantronics, Inc. (2000 – 11), where he led the Strategy and M&A Committee of the Board.

He is an author of articles and white papers on topics such as strategy, innovation, and deals.

His areas of focus include: strategy, capability systems, and organisational design. He has deep expertise in using a number of relevant methodologies such as ecosystem mapping, benchmarking, and capability-driven-strategy.

Roger received his MBA from the Kelley School of Management from Indiana University. He also holds an Engineering degree from the Solvay School, Universite Libre de Bruxelles in Brussels, Belgium.

Roger is fluent in English, French, Italian and Dutch.

Must read articles from our Take on Tomorrow seriesExplore series

How business can bridge the gap and achieve net zero 8 minute read | March 1, 2021

Diversity and the case for transparency 5 minute read | February 17, 2021