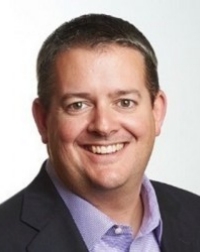 As the resilient US economy rolls into 2020, the conditions to encourage and enable M&A and other deals are holding up as well. Consumer spending, which accounts for more than two-thirds of US economic activity, remains steady, according to PwC’s analysts. While US manufacturing activity in December was at the lowest level in 10 years, according to the Institute for Supply Management, the easing of US-China trade tensions could benefit some industries. Cross-border commerce between the US and Canada and Mexico also could stabilize with the expected signing of a new trade pact, and our analysts expect an overall uptick in business investment in the first half of 2020.

The farther away a downturn appears likely, the more time companies have to prepare for making deals in a slower economy. That’s critical, as our research shows that companies that make acquisitions during a mild recession can see higher shareholder returns relative to their overall industry. The median returns for companies that announced deals during the 2001 recession – a typical downturn compared with the Great Recession in 2007-2009 – were 7% higher one year later, our analysis found.

In many sectors, the returns were much greater relative to the acquirer’s S&P 1500 sector index. Consumer durables and apparel companies that made acquisitions saw 40% higher returns than industry peers after a year, while insurance and real estate companies were 28% and 24% higher, respectively. Media and entertainment acquirers saw 19% higher returns, and healthcare equipment and services saw 18%. All of these median returns were still positive two years after the deal announcements, and the diversity of companies suggests to me that the opportunity for growth in a downturn isn’t limited to a handful of industries.

Capital is at the ready, but not equally among companies and sectors

A strong capital position could help companies take advantage of acquisition opportunities in 2020. The S&P 1500 had an average of 137 companies per sector in 2018, but the two largest companies in each sector accounted for half of all revenue and one-third of all cash, our analysts found. For example, Walmart and Costco dominate revenues in consumer staples, while ExxonMobil and Chevron lead the energy sector, according to a PwC analysis of company reports. With cash, Microsoft and Apple rule the tech industry, while JPMorgan and Goldman top financial services.

Similarly, some sectors are in a sturdier capital state than others, which could affect where deals happen in a down economy. Tech and healthcare generally have a better combination of cash and manageable debt, while companies that could see more pressure to divest include communication services, industrials and consumer discretionary, our analysis found. In any case, capital alone isn’t enough to make a smart deal during a downturn. Companies across the industry spectrum need to be proactive with portfolio reviews now so they’ll be ready to strike as others hesitate when the economic cycle shifts.

Leadership is key to company preparedness for M&A in a slower economy, and yet 2019 was a record year for CEO departures, according to Challenger, Gray & Christmas. The more than 1,600 exits was 13% higher than the previous year and the most since the placement and coaching firm began tracking turnover in 2002. Also notable is the record number of external CEO hires following those departures, with companies more willing to bring in new blood as the current expansion has endured. Among for-profit sectors, technology firms, financial companies and hospitals saw the most CEO departures last year, but the biggest increases in turnover were in energy, retail and food production.

Along with the economy, shareholders can be another factor in leadership switches, with activists not bashful about demanding change to inspire more confidence in the market. Activism in 2019 was consistent with previous years, according to an analysis in the Harvard Law School Forum on Corporate Governance and Financial Regulation. Among the most targeted industries over the last six years were software, oil and pharmaceuticals. The analysis also found that M&A has become more of a focus: Nearly half of activism campaigns in the first half of 2019 dealt with M&A, compared with roughly one-third of campaigns in previous years. An activist designee on a board also makes a company more likely to engage in M&A going forward, the analysis found.

C-suite stability and a board that understands how M&A can deliver value to shareholders are going to be critical for dealmaking companies this year. Along with acquisitions that could provide new revenue streams, management and boards should be on the same page when it comes to focusing on core capabilities and which businesses may be better under a different owner – and further improve a seller’s capital situation.

From outright sales to new partnerships, divestiture activity has continued to be steady. Just last month, one multinational conglomerate announced a sale to a joint venture intended to help revive a struggling ice cream business. But we’ve also seen many divestitures that aren’t as strategic as they should be, and an economic downturn could spur other reactionary sales by companies that aren’t prepared for a slowdown or disciplined in managing their balance sheets. The better play is to take a hard look across your organization and be proactive about trying to get top dollar now, while valuations are still high. Just because a certain business is generating revenue doesn’t mean it’s critical to the overall growth plan.

For instance, some industrial products companies have businesses that consistently deliver profits but have limited upside for more growth. Those could be attractive to other, more conservative owners going into a downturn while providing the seller with cash to put toward other businesses that will spur long-term expansion. Or consider one tech company’s recent announcement that it will divest three businesses that are strong performers but not part of its core business – and could yield $5 billion for the seller.

Streamlining focus and securing capital are actions that can put a company on firmer ground if the economy softens. And ultimately, your business and deal strategies need to extend beyond any short-term lull. Instead, ask what’s going to help you win in five to seven years. That, more than near-term economic indicators, should shape the investment decisions of the next 12 to 18 months – decisions that can differentiate a company from competitors and generate greater returns in the long run.

For more details on Q4 and full-year 2019 deals activity, including individual sector reports, be sure to visit PwC Deals Industry Insights on Jan. 23.

Select 'Deals' as your topic of interest in PwC's preference center

Stay up to date with the latest Deals insights

© 2017 - Thu Aug 06 05:15:58 UTC 2020 PwC. All rights reserved. PwC refers to the US member firm or one of its subsidiaries or affiliates, and may sometimes refer to the PwC network. Each member firm is a separate legal entity. Please see www.pwc.com/structure for further details.