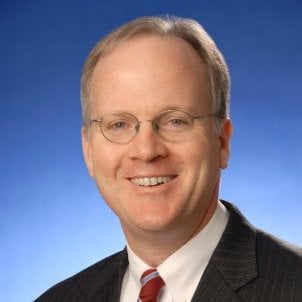 I recently hosted the latest installment of our popular quarterly ‘Talking Tax’ webcast series. This episode covered a number of relevant topics, including tax reform guidance, trade policy, and taxing the digital economy.

Scott McCandless, co-host of Talking Tax and a principal in our Tax Policy Services (TPS) practice, and Todd Metcalf, a principal in our TPS practice, joined me on our first panel to discuss uncertainty around final and proposed regulatory guidance on key tax reform provisions, unresolved tax issues, and the sustainability of tax reform.

Our panel discussed how industrial products companies are facing uncertainty regarding the finalization of the tax reform guidance, as well as the complexity of complying with the new law. These companies also are concerned that many tax issues — technical corrections to the tax reform legislation, tax extenders, IRS reforms, retirement and savings provisions, innovation incentives, and disaster tax relief — are unresolved. In addition, they are concerned about the long-term sustainability of tax reform.

When we asked our webcast attendees what impact tax reform has had on their company’s investment decisions in the United States, 30% said that uncertainty as to how the new rules work has caused them to move slowly, 19% said that there are direct correlations between tax reform and investment decisions that might not have been made had tax reform not happened, and 14% said that concern that the rules might change after the next election has caused them to move slowly.

Matt Mermigousis, director in our Customs and International Trade practice, joined Scott and me on our second panel to discuss trade policy. The trade environment is changing at an unpredictable and rapid pace, leaving many importers and manufacturers facing uncertainties. Industrial products must remain diligently mindful of these disruptive developments as they could have substantial adverse impacts on their business operations. These changes include:

President Trump on May 17 announced that he would delay for at least 180 days the imposition of new tariffs on the importation of automobiles and automobile parts. While automotive companies for now have been spared the disruption that new tariffs cause, they should use this time to review their global supply chains, determine the possible impact of tariffs, and determine what changes could be made in the event such tariffs are imposed.

While auto tariffs have been delayed for now, other trade tensions remain, necessitating reconsideration of supply chain and similar policies. For example, President Trump on May 30 announced that he will impose tariffs on all goods imported from Mexico starting June 10 unless Mexico takes satisfactory actions to alleviate the US immigration crisis. While there are many unresolved details about these potential new tariffs, industrial products should begin assessing the possible impact now.

The remaining tariffs on steel and aluminum and the threat of tariffs being imposed on Mexican imports have called into the question of the likelihood of passage of US legislation necessary to implement USMCA. A number of changes from NAFTA to USMCA would impact the industrial products and automotive sectors.

Alina Kirillina, director in our Tax Policy Services practice, joined me on the third panel to discuss the challenges of taxing the digital economy. The taxation of the digitalization of the global economy impacts all industries and continues to be a focus for multinational industrial products companies.

The key factors driving the activity on taxing the digitalizing economy include enhanced technology, globalization, competition concerns, revenue needs, and public sentiment. Policymakers maintain that fundamental changes to the international tax system are required to fairly tax the value created from these activities in the jurisdictions where that value is earned.

The OECD’s Inclusive Framework (IF) on May 31 released its Work Plan for the Digitalizing Economy Project covering the next 18 months. The Work Plan notes the IF’s aim of finding a consensus-based long-term solution for a new international tax architecture that addresses both the allocation of taxing rights and nexus, as well as unresolved BEPS issues.

While acknowledging that many gaps might exist between how jurisdictions may unilaterally approach these issues, the Work Plan establishes an aggressive timeline for considering the development of rules and design standards to feed into delivering a unified framework acceptable to the IF. Important anticipated milestones include a progress report in December 2019, ongoing Working Party discussions throughout 2019 and 2020, and a final report to the G20 by the end of 2020.

Get started with PwC's preference center

Our insights. Your choices.